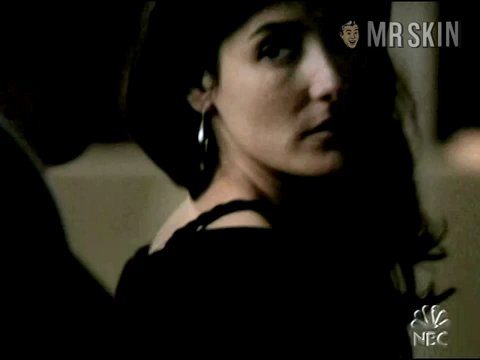 Las Vegas (2003-2008)
Sexy, underwear We're not sure why any dude would turn down Alicia, but Josh Duhamel does just that, even after she strips down her her underwear and doffs her bra (no real nudity, only nipless side breastage). What a maroon!

A native of Long Island, New York, Alicia Coppola has yet to make her fans long in their islands, as she’s been very skingy in her career as an actress. She’s worked the soaps, creating the role of Lorna Devon on Another World back in the early ‘90s, and continues to work the boob tube, but without showing off her boobs. She’s played a hostess on MTV’s Remote Control, as well as scores of lesser-known series. But Alicia hit the big time in the pilot of Las Vegas, where she’s shockingly unable to seduce Josh Duhamel by stripping down to her panties and removing her bra. Maybe if she’d shown some nip he’d have gone for it.

Another World - as Lorna Devon #1