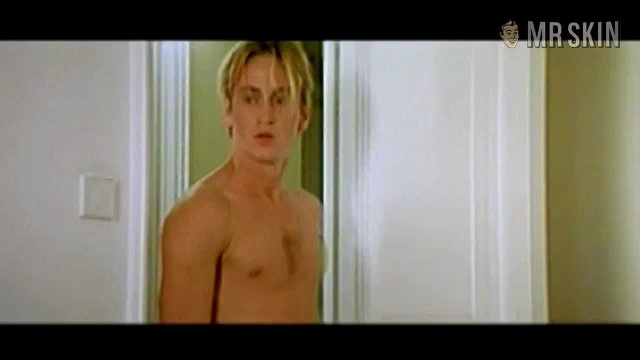 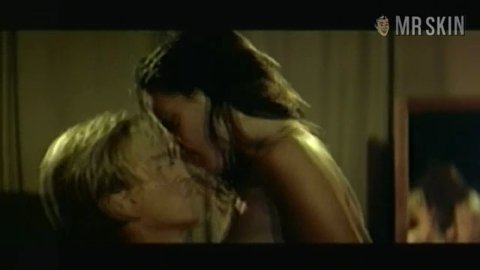 Young, lithe and quite French Zoé broke into the French Skinematic world with a ball-busting performance (literally) in 1998’s Déjà mort, which for those of us not well-versed in the French language means “Already Dead.” The flick lives up to its title, basically showcasing the lives of some over privileged teenagers who do drugs, screw, race cars, screw, screw some more and basically spout off about how the whole world is against them. It would be a total waste of time and rental fees were it not for the presence of the very naked Zoé filling in the spaces! She somehow gets mixed up with the “wrong crowd” or something, although we found it hard to tell, considering that we were intent on watching her topless chit-chat scene until the DVD player burned a whole in that particular track. Wow, does this filly have a sporting bod! Sadly, Zoé’s been a bit on the Skingy side since then, although her turns in Osmose and Granturismo remained sexy nonetheless. Let’s just hope she hurries up and gets back to her Skinful ways before we ruin this disc!