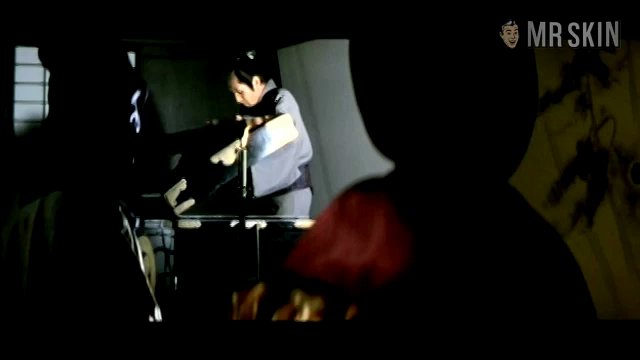 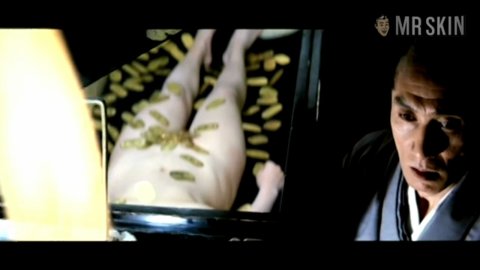 Talk about a Golden Girl, Japanese actress Yukiji Asaoka made her nude debut in Hanzo the Razor: Sword of Justice (1972), where she's completely naked on a slab covered in gold coins. Sadly those gold coins cover up her pink hole, but no amount of loose change could ever obscure Yukiji's fleshy chest deposits. Prior to this exposure, Yukiji had been in some other sword pictures, such as Zatoichi's Spurting Blood Road (1967), but none were as flesh-sword pleasing. Yukiji continued to work up to the end of the century, lastly as a voice artist for My Neighbors the Yamadas (1999), which makes sense as she's known in Japan as a singer as well as an actress. How proud her father, famous Japanese painter Shinsui Ito, must be. He really created his masturbation piece in her!