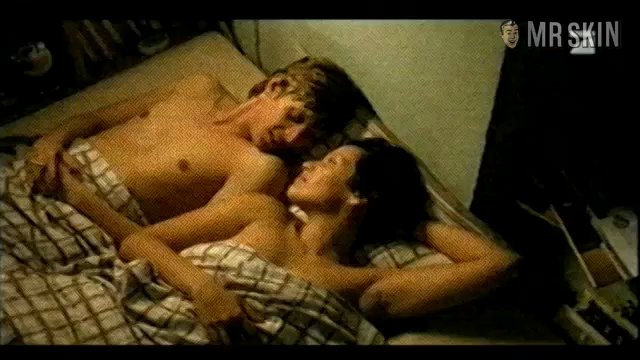 Schluss mit lustig! (2001)
Nude, breasts 00:30:00 An exceptionally small sliver of Yangzom's right nipple slipples from underneath the sheets while she lays in bed with her man. 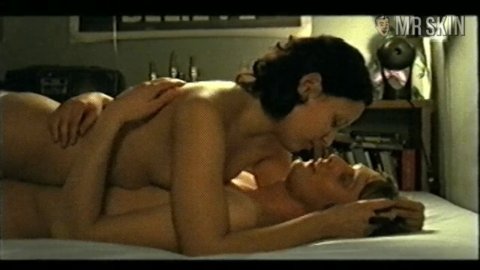 The entire Skin Central Germany office fell in love with this gorgeous Asian beauty when we saw her in the terrific, made for German TV comedy Schluss mit lustig! opposite Martin Glade and Wotan Wilke Möhring. Yangzom played Maja, a single mother who not only turns the head of Glade’s character but also those of all male viewers. After some extensive research we discovered it was her movie debut and she went on to appear in Joy Ride, a Swiss crime-drama (and thus not the American thriller starring Leelee Sobieski). Be that as it may, the thing that’s really special about Yangzom, who speaks German, English, French and Tibetan, is that she not only is a beautiful and talented young actress with a killer bod but also the head of the association of the Tibetanian youth in Europe. While peacefully protesting in Moscow against Peking’s getting the right to host the Olympic summer games in 2008, she and her colleagues got arrested by the Russian police and were detained for several hours. Now that’s not what we call free speech… Another positive fact about Schluss mit lustig! is that it features lovely Yangzom in no less than three post-sex-scenes which allow a great view of her perfectly shaped body and even a brief look at those sweet mini rocket-launchers. Maybe she’ll soon make “schluss mit lustig” and start getting serious – and as long as that includes additional nakedness by this brown-eyed beauty it’s completely fine with everyone here at Skin Central Germany.

1 Pic & 2 Clips
Nude, breasts 00:30:00 An exceptionally small sliver of Yangzom's right nipple slipples from underneath the sheets while she lays in bed with her man.
Nude, breasts 00:40:00 A super-brief flash of rackish as Yangzom gets up off of her beau.
Live Cams - View all