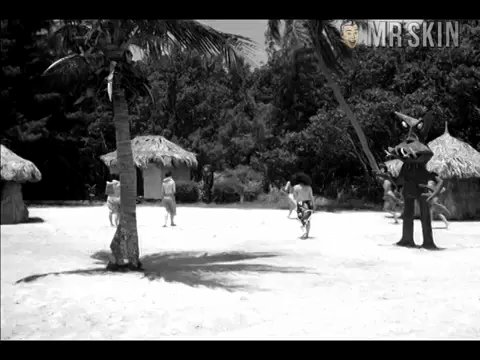 Pagan Island (1961)
Nude, breasts 00:09:00 Trine (at left with the black sarong) busts out a little bit of right beach ballage when she orders her lady friends around on the beach. 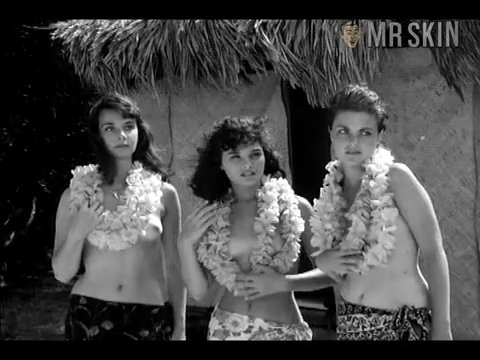 Pagan Island (1961) Nude, breasts 00:10:00 Trine (on the far left) lets her left side snocker pop out from under her lei when she stands on the beach with her two pals. 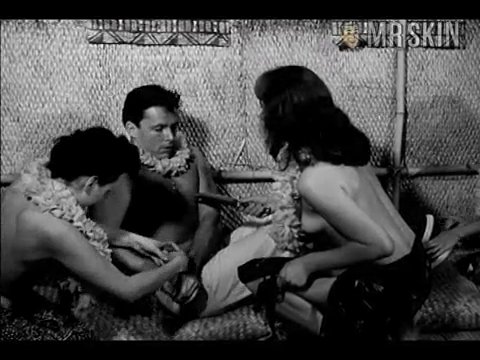 Trine Hovelsrud is one of the pioneers of tits on screen. There was a day, dear friends, when female nudity was a ghetto of sleazy stores in sleazy neighborhoods for sleazy people. Good times. But as society gets sleazier, nudity expands to the multiplexes, our TV sets and mainstream media. But someone had to break the skin barrier, and one of those perverted patriots is Trine as she proved in the money shot heard around the world, Pagan Island (1961). It’s the story of a shipwreck survivor who discovers he’s trapped on an island of women. Better still, topless woman. It was as if this movie was giving us a glimpse of the future, and we like what we see.