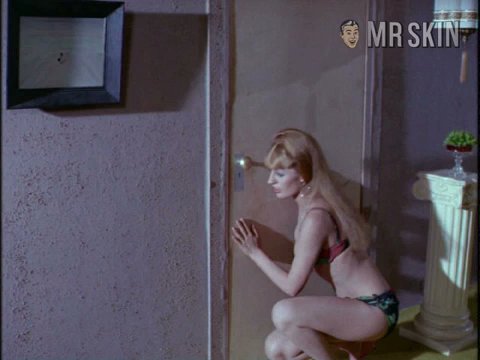 Jackie Richards has been making film safe for nudity since she appeared in All My Men (1966). She followed that up with more provocative features, such as Caught in the Act! (1966), Brick Doll House (1967) and Indecent Desires (1967), where she admires her full-figure in the mirror, playing with her tits and showing off her ass, as any good sexploitation star should. Throughout this decade of carnal discovery, Jackie was open to all comers, and because of her we all came. But as the 1960s bumped and ground to a halt, she was now playing Mother in Teenie Tulip (1970) and it was time to pass the baton. She made our baton very happy, though.