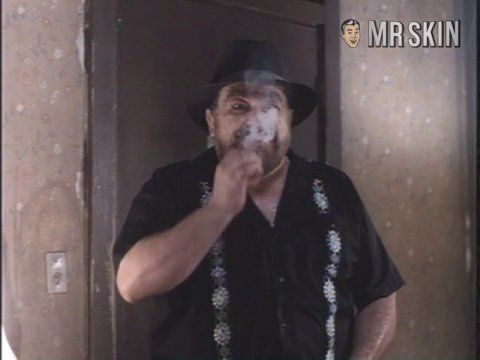 The teen comedy The Night Before (1988) stars Keanu Reeves as high-school nerd Winston Connelly, who gets to go to the prom with Tara Mitchell (Lori Loughlin), the most popular girl in his class, because she lost a bet. Several hours later, Winston wakes up in an alley and slowly begins to remember that he has lost his car and his wallet, offended a local gangster, and sold Tara to a pimp named Fat Jack. Now he has to find his car and wallet, duck a vicious criminal, and get Tara back before her dad, the police chief, finds out what happened. Check out lovely lady Lori Loughlin in her bra as she sits on the bed.