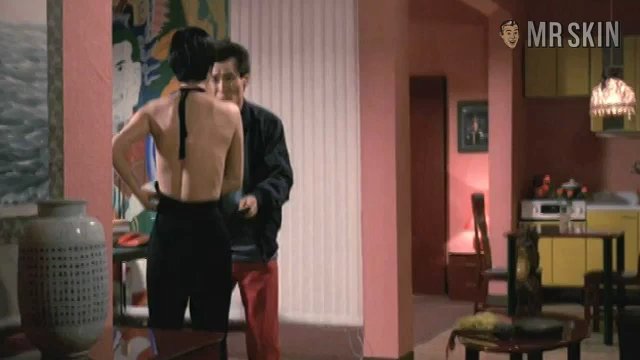 The Fox with Nine Tails (1994)
Nude, breasts 00:24:00 Bang's bouncing breasts appear as she flips out and chases Sum Dood out of her apartment...

Harah (So-young Ko) is quite literally a “foxy lady” in the surreal Korean fantasy film The Fox with Nine Tails (1994), based on traditional folklore. Born half-human, half-fox, Harah struggles to become fully human by draining her lover Hyuk's life-force, which puts a strain on their relationship. As if things couldn't get worse, a bizarre minion from the underworld named 69 is hell-bent on making Harah his personal slave. So-young shows off her foxy bod in a dimly lit nude scene, while co-star Eun-hee Bang makes quite a show of chasing some guy around topless.

Nude - as Agent from Underworld