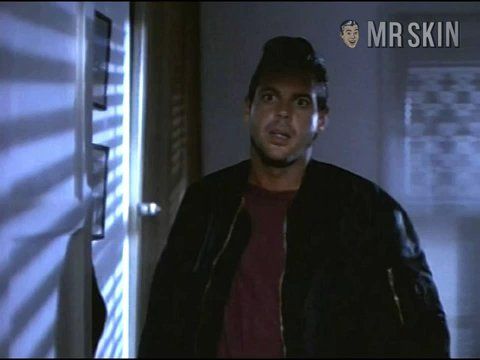 Tammy made a career for herself. Not many aspiring actresses can boast that! When nothing decent came her way when she first appeared on the scene in Hollywood, Tammy gave herself a leading role in 1990’s Neurotic Cabaret, a film that she also produced. Later that year, she again cast herself in a leading part in Good Girl, Bad Girl, which she not only executive produced (that means she put up the money, honey!) but also wrote! (Tammy also designed the costumes for the flick… talk about one multi-faceted babe!) For all of Tammy’s B-Movie success, she’s been a bit on the Skingy side. That is, unless you take into account her hooter-revealing turn in 1993’s straight-to-video release Death Ring opposite Mike “Almost as Bad-Ass as My Dad Chuck” Norris. Sadly, that’s the only appearance Tammy’s Twins ever made on celluloid before she put her acting career on hold to concentrate on producing flicks such as 2000’s Vice. Sure, it’s just as important to be the brains behind the Skinful flicks but we’d sure enjoy a triumphant return from this beautiful babe in all her bod-deliciousness!