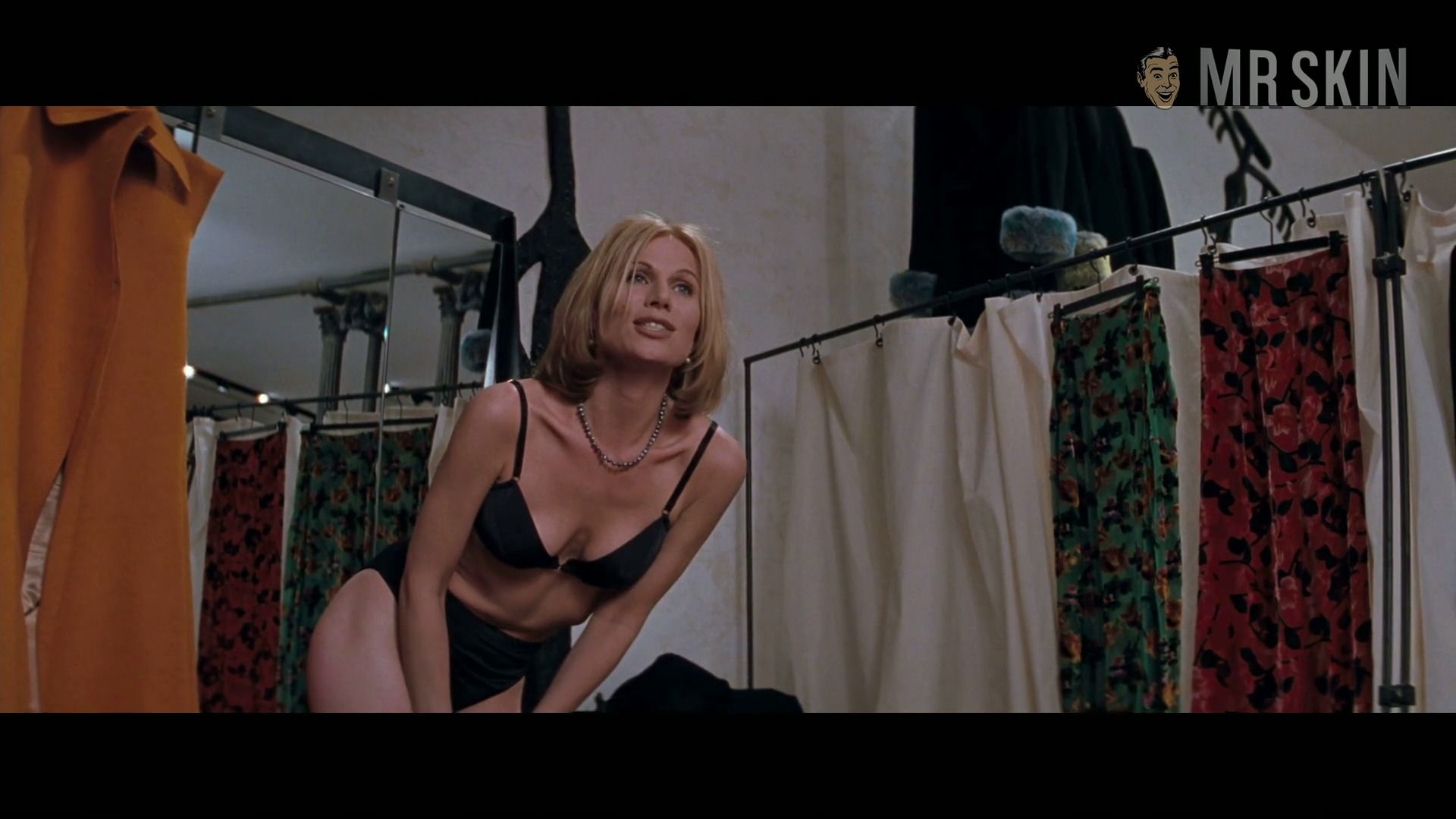 The Devil's Advocate (1997)
Nude, breasts 00:56:54 Tamara takes off her top in the dressing room, then proceeds to explain the benefits of breast augmentation to Charlize. We're all very impressed.

Tamara Tunie is primarily a creature of the boob tube, having spent the majority of her career in the role of attorney Jessica Griffin McKechnie on the long-running soap As the World Turns. When not playing a hardball lawyer, she's playing a hard-boiled police lieutenant's wife on NYPD Blue and a thick-skinned medical examiner on Law & Order: Special Victims Unit. She also appeared on 24 for the 2001-02 series. This Carnegie-Mellon University graduate got her start in theatre; her second stage job was as a backup singer for Lena Horne in the Tony award-winning Broadway hit Lena Horne: The Lady and Her Music. Among her smattering of film roles, Tamara's most skintastic roles to date are her scenes alongside a horny ghost in Spirit Lost (1996) and as Al Pacino's naughty neighbor in the Faust-y Keanu Reeves vehicle The Devil's Advocate (1997). In a rather skintilating scene, her ittie-bittie cocoa puffs stand up like radio control knobs, and those dials have got to be standing out at least half an inch!

6 Pics & 1 Clip
Nude, breasts 00:56:54 Tamara takes off her top in the dressing room, then proceeds to explain the benefits of breast augmentation to Charlize. We're all very impressed.

As the World Turns - as Jessica Griffin