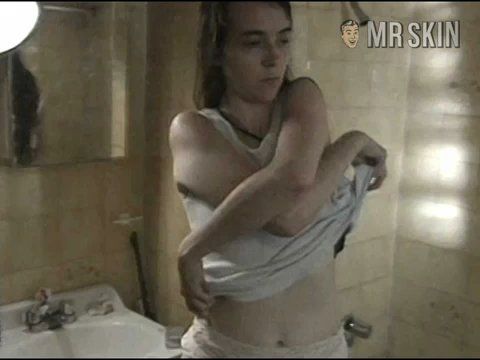 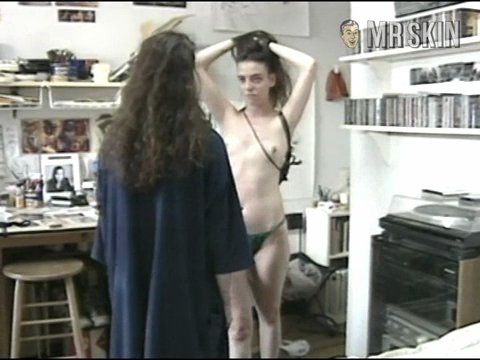 Doe-eyed brunette Stark Raven starred in a couple of low budget horror movies in the mid to late 1990’s. In Shattered Dead (1994) she plays Susan, a woman trying to get home to her boyfriend in a world overrun by the undead. Stark brings out the weapons and muffin when she pulls off her t-shirt to reveal her A-cups and hidden pistol then she slips out of her panties and exposes a very thick bush as she kisses and hugs a guy. In a later scene, your schlong will rise from the grave in your pants as Stark gets stark naked while taking a shower. Again she pulls off her shirt and panties and goes full, big bush frontal then she jumps into the shower and washes her tight body off. Stark only made two movies, but she delivered enough bush to keep you gardening for years!