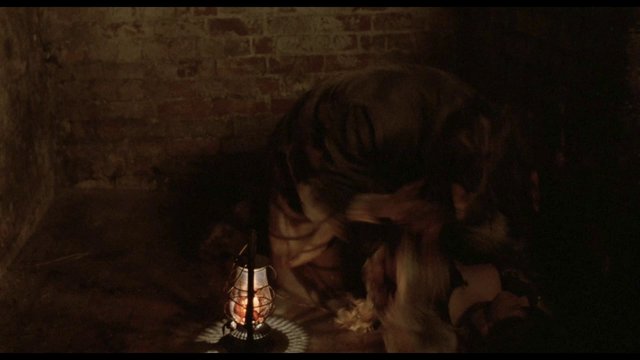 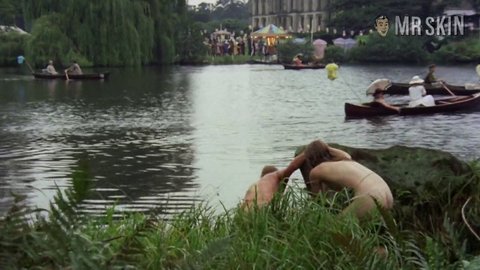 Beautiful Brit babe Sharon Gurney had herself a nice little run throughout the late 1960s and early ‘70s, but she promptly vanished from cinema (and therefore skinema) after The Red Room (1972). It was in a 1968 BBC adaptation of The Portrait of a Lady that Sharon got her start . . . and what a lady, indeed! After that came another British TV revision, Cold Comfort Farm (1968), but it wasn’t until the aptly titled Women in Love (1969) that Ms. Gurney showed us what she was really made of. Sure, this movie was pretty much owned by Glenda Jackson and her earth-shaking orgasms, but director Ken Russell was smart enough to save a few savory peeks at Sharon’s posterior. Sharon still had a few flicks left in her (Crucible of Horror [1970] and Death Line [1972], most notably) but she was decidedly skingy in those ones as well. Still, one long-ago glimpse of the glutes is enough to keep us happy here at Skin Central, and so Sharon’s shaker is now immortalized forever.