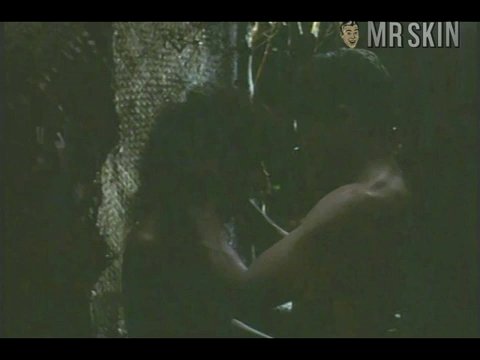 Sandi Schultz made her big screen debut in 1991 with a part in Door to Silence where she would meet up with one John Savage, whom she would end up marrying. Of course, her career would be nothing without Mr. Savage, with whom she has appeared in almost every film, including Where Truth Lies, Primary Motive, Notti di paura, Killing Obsession, Centurion Force, Buck at the Edge of Heaven, and Flynn, which features her only Skin Scenes to date. The scene in question is probably the least remarkable out of the many Skin Scenes that appear in the film, mostly because it is so dark that her breasts are barely discernible, but seeing as it’s the only one that she’s done, it’s worth a look.