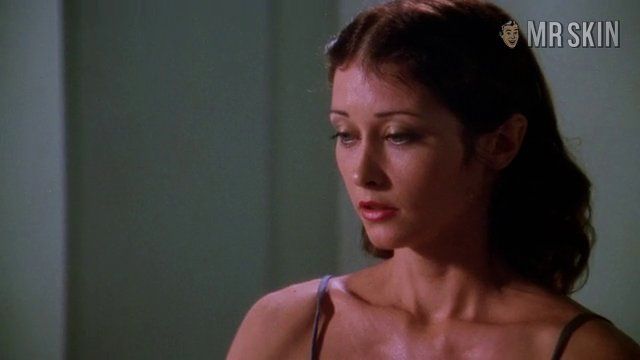 Curtains (1983)
Nude, breasts 00:58:00 Sandee's sensational left shaker is slowly pulled out of her blouse by another actress, but the mood is broken when Dean Wormer interrupts them! 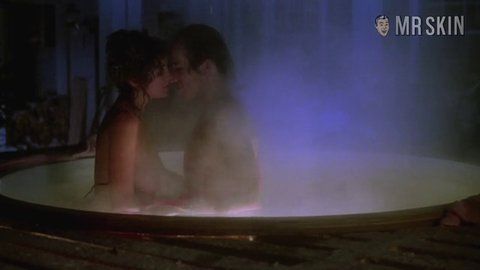 80s scream queen Sandee Currie gave Jamie Lee Curtis a run for her money in the early days of the slasher flick movement. Her career only lasted nine years and spanned 11 films and television shows, but she definitely knew how to make the most out of every last one of those roles! Sandee made her screen debut opposite Jamie Lee in the forgotten flick Horror Train (1980), and then she went on to appear in Gas (1981) and The Magic Show (1983), before turning her attention to the boob tube, where she closed out her career appearing on such shows as Night Heat and Emergency Room. Her most skinsational role of all was in the slasher classic Curtains (1983), which finally got the remastered love it deserved in 2014. Sandee bares her breasts twice in the film, once in a scintillatingly sapphic encounter in an acting class, and again in a hot tub where she gets in to all manner of shenanigans with some dead meat dude! Sandee Currie is sure to add a little spice to your life!

8 Pics & 2 Clips
Nude, breasts 00:32:45 A couple of literally steamy looks at Sandee's snoobs as she horses around with a guy in a hot tub in the middle of winter!
Nude, breasts 00:58:00 Sandee's sensational left shaker is slowly pulled out of her blouse by another actress, but the mood is broken when Dean Wormer interrupts them!
Live Cams - View all