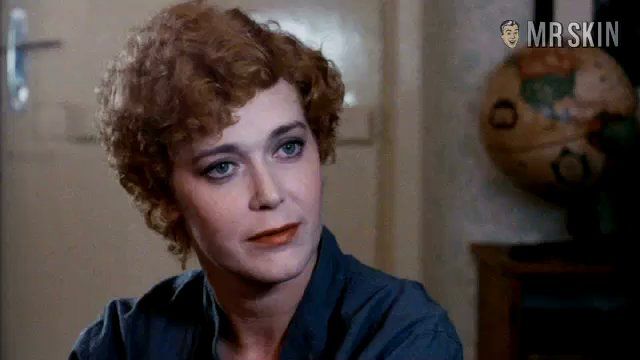 Red Heat (1985)
Nude, breasts, bush, butt 00:48:36 No pea soup-spewing . . . just a bounty of beautiful boobage when Linda shows her rack in the shower. She's in the center at the beginning, before being shoved out of the frame.

Talk about a meeting of the mounds, in the women's prison flick Red Heat (1985) Sylvia Kristel, the sexy star of Lady Chatterley's Lover (1974) and four Emmanuelle scorchers, gets to mingle with Exorcist (1973) head turner Linda Blair. Linda is no stranger to the girls-behind-bars genre, having already appeared in Chained Heat (1983), and neither is unfamiliar with nudity. Here Linda's imprisoned in a sadistic West German prison, but at least they let girls shower. So how bad can it really be? Not bad at all for those of us who like to see the incarcerated undressed. That's what Mr. Skin calls hard time.