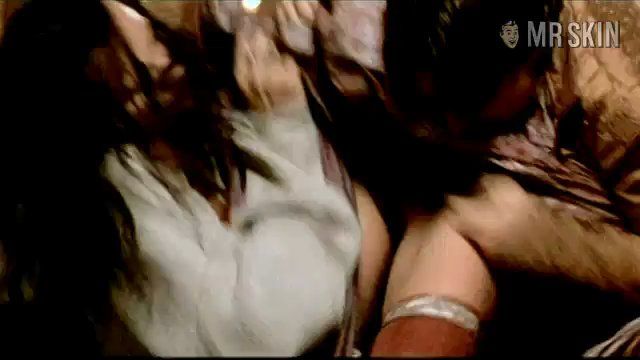 Catholics and Protestants have not always been the easy bedfellows of our secular, church-scoffing society. Back in Paris in August 1572, the setting and time explored to spectacularly lustful and murderous effect in Queen Margot (1994), people took their religion seriously. While the two religious groups fight over political control of France, which is ruled by the crazy, hypochondriac King Charles IX (Jean-Hugues Anglade), and his scheming mommy, Catherine (Virna Lisi), in an odd offer of goodwill, Catherine offers up her daughter Margot (Isabelle Adjani) in marriage to Henri de Bourbon (Daniel Auteuil), the King of Navarre. Even though the two don’t make it down the aisle, Margot does love Henri—she loves him so much that she begins a steamy affair with La Môle (Vincent Pérez), a Protestant fellow from a well-off family. The passionate affair quickly comes to an end when La Môle gets his head lopped off. Before death hits the land, Isabelle Adjani manages to show off her rump and rug in multiple scenes of steamy loving with her lucky dude. Asia Argento gives us a slice of hair pie while undulating in bed. These ladies will give you a royal affair…with yourself!

Nude - as Charlotte of Sauve