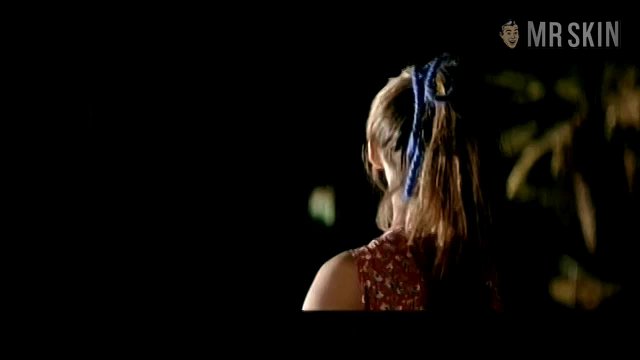 Pour Sacha (1991)
Nude, breasts, butt, bush 00:39:00 Mindblowingly gorgeous Gallic sex bomb Sophie strips for a couple of guys, and flashes all of her flawless B's going for a nighttime dive.

Set in late-1960s Israel, Alexandre Arcady’s Pour Sacha (1991) examines the romantic intrigues that unfold between friends at a remote kibbutz. Richard Berry and Sophie Marceau star as Sacha and Laura, two lovers who live a humble but contented life on a kibbutz just miles from Syria. The film is set just prior to the Six Days War, as friends from Paris descend on the lovers and blur the pair’s feelings for one another. As Michel (Frederic Quiring), Simon (Niels Dubost), and Paul (Fabien Orcier) jockey for the affection of the nubile, hardworking Laura, all five of the friends wrestle with the fallout from a friend’s sudden suicide. Arcady is clearly bent on poking political hot buttons, but there’s nothing arguable about the performance of Marceau. Watching the kibbutznik skinny-dip in a pastoral pond is enough to reveal why guys would come from halfway across the globe to chase her.