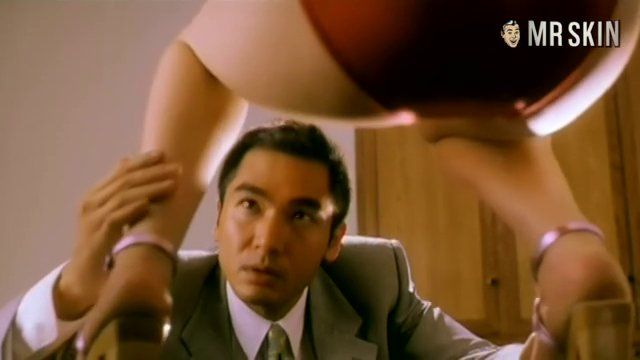 - by an Angel 3: Sexual Fantasy of the Chief Executive (1998)
Sexy Pinky Cheung is skintastic in this sexy scene!

Since making her debut in Young and Dangerous 4 (1997), Pinky Cheung has been one of Hong Kong’s sexiest and most frustrating actresses. Sexy because, well, just look at her, and frustrating because she comes thisclose to nudity but never seals the deal. She’s done action, horror, and some comedy, but her skingy ways are no laughing matter. It’s not that she isn’t trying, with pictures to her credit such as Sex and the Beauties (2004), Good Times, Bed Times (2003), and a couple of the - by an Angel series. Check out - by an Angel 3: Sexual Fantasy of the Chief Executive (1998) to see Pinky in her panties, topless, but with just a bit of side boob showing, no nip. Come on, Pinky, let’s see some pink!