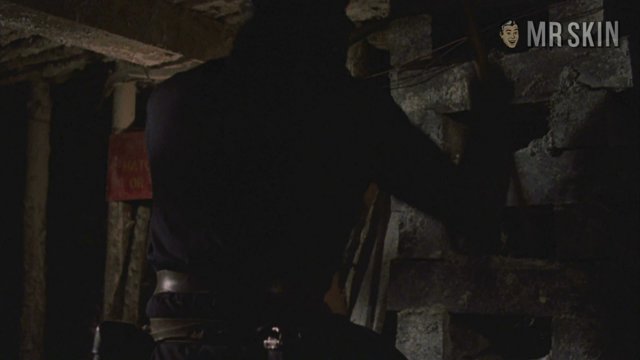 Much to our collective disappointment here at Skin Central, Pat Hemingway’s career never quite got past the planning stages… She made her debut in 1980 in the classic The Hollywood Knights but alas, her turn as “Car Hop” didn’t exactly put her on the proverbial map. Thus, the rather attractive young lady trudged on, taking a role the following year in the Canadian slasher-flick My Bloody Valentine. The movie was originally beset with an “X” rating, which naturally perked up our collective… attention. We were even more enthralled when we found out that the scenes that the movie’s producers cut were all gore-involved… Then, we got the bad news; there were no nude scenes cut to trim the movie back to an “R” because there were no nude scenes in the first place! Pat managed to get down to a lacy white bra for one scene in particular but it was less-than-revealing, although there was a nice close-up shot. Since then, she’s pretty much stayed off the Skin-o-Scope, so it’s looking like the chances of a triumphant return to Skinema are slim, and we heard that slim left town! Bye, Slim!