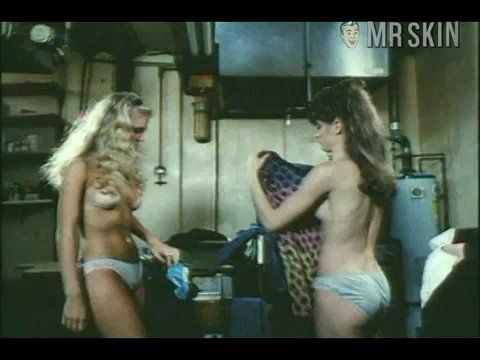 Preppies (1984)
Nude, breasts 00:10:00 Nitchie's ninnies (the pair on the right) are out and in full effect as she gets dressed with a few friends. 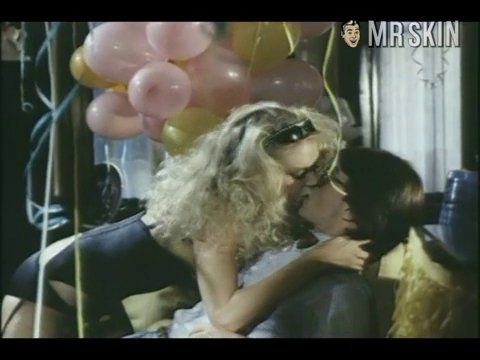 Brunette stunner Nitchie Barrett has only appeared in three movies, two of which feature her naked, which makes the odds quite good that you'll get to see her large breasts if you explore her résumé. Her career began with the sex comedy Preppies (1982), the WASPy take on the nerd franchise then so popular, where Nitchie is a girl on the make for the old money and lures the J. Crew set by exposing her ample set a couple of times. She followed that up with a skinless scene in the comedy She-Devil (1989), which starred Meryl Streep and Roseanne Barr. Her last appearance was thankfully a naked one in the crime drama A Time to Die (1991). Her star burnt out too quickly, but at least we'll always have Preppies.

1 Pic & 2 Clips
Nude, breasts 00:40:00 Barrett shows off that stellar set once again while teasing some preppy kid.
Nude, breasts 00:10:00 Nitchie's ninnies (the pair on the right) are out and in full effect as she gets dressed with a few friends.
Live Cams - View all