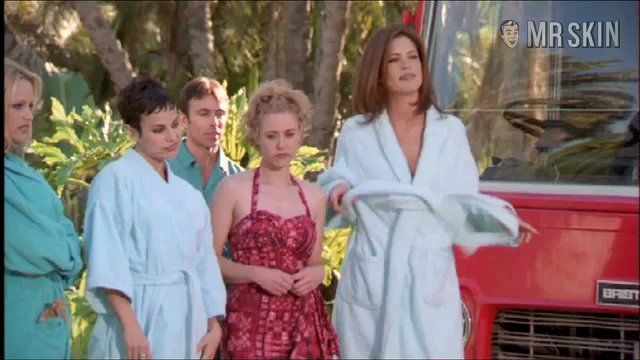 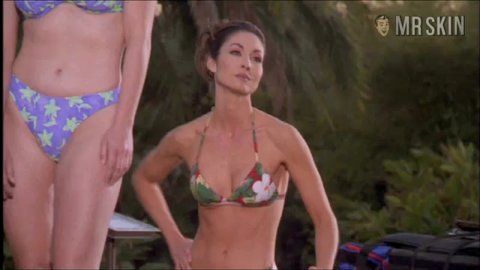 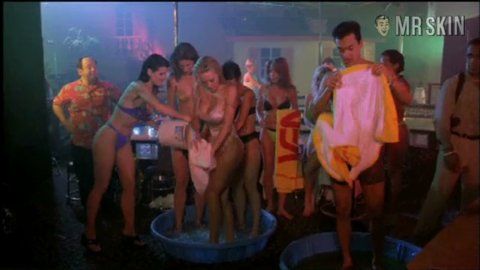 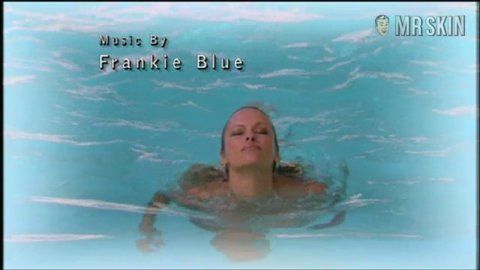 Molly Culver is six-feet tall, athletic, and strikingly beautiful. But the former tomboy never thought herself sexy until she was in college. The Northern California native was approached by an agent who said she should be a model, and soon she was strutting her stuff on the cover of glossy magazines and the catwalks of hot fashion shows. With a body like Molly's, the next logical step was the boob tube, where she landed a guest spot on the cops-on-bikes series Pacific Blue. She spent her time onscreen in little more than a tiny bikini, which must have caught the eyes of producers for Pamela Anderson's steamy syndicated hit V.I.P. They cast her as one third of the threesome of titular tramps. You'd think working with former Playboy Playmate and all-around skinful Pam would help turn Molly's career in a more carnal direction, but she's been surprisingly skingy. Molly has moved to filmdom, where she starred in the action-adventure outing Warrior Angels (2002). It's not a revealing role, but the future is full of sinful possibilities.