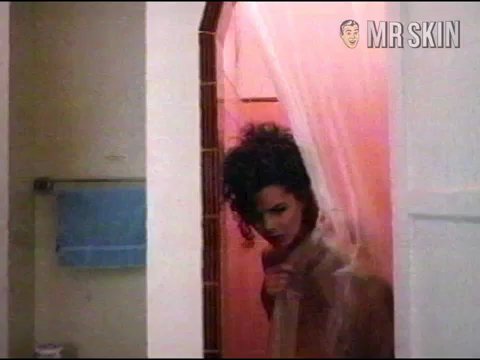 shower breasts exposed gets out of shower

Mitzi Kapture seemed like a true trash icon early in her career, sporting a poodle perm while revealing a hot bod in the low-budget movie Private Road: No Trespassing (1987). The five-foot-three-inch dynamo also came through with a sterling shower scene in Lethal Pursuit (1988) before taking on the hallowed role of former teen hooker Angel in Angel III: The Final Chapter (1988). But Mitzi threw us a curve in 1991 by becoming a TV star on the long-running USA detective series Silk Stalkings. We got one more look at Mitzi's titzis with The Vagrant (1992), but Kapture had decided to go after a mainstream audience. It'll take a big budget before we can capture Mitzi in the nude again, although she did grace us with a single season of Baywatch in 1998.