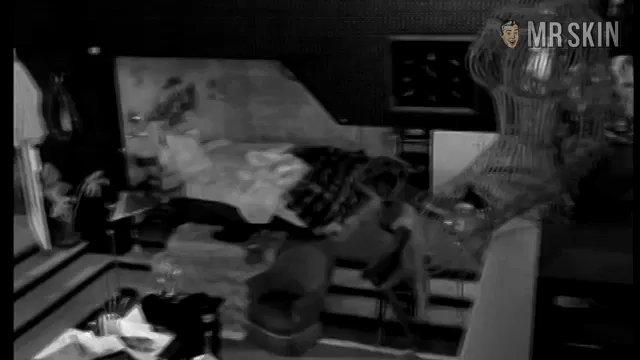 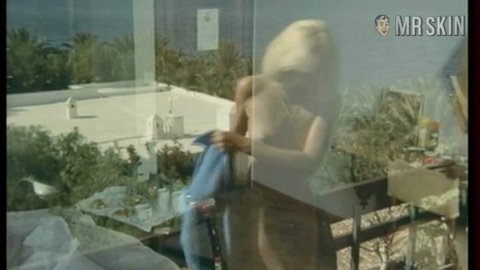 La Valise (1973) Nude, breasts, bush 00:41:00 Cursed bright sun! Damned window reflection! Mireille's sunning her full frontal form on the deck, but because of the aforementioned issues, it's a little difficult to see. 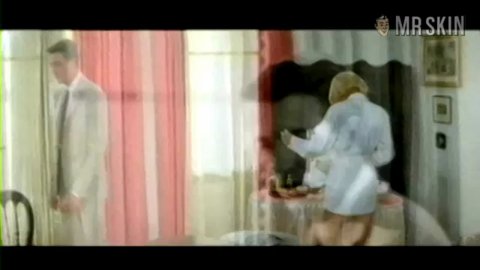 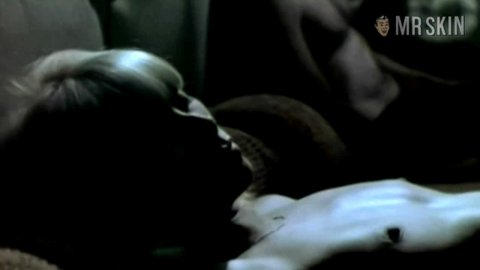 Mireille Darc started her career out in 1960’s French cinema, first appearing in the 1960 film Les Distractions and subsequently moving up in the world, becoming one of France’s biggest stars. She has since appeared in over 50 movies, and her career shows no signs of slowing. About the closest that she has come to American cinema, sadly, was her leading turn in 1967’s Week End, which barely made it over here to the States. Obviously, with the volume of cinematic work that Mireille has turned out over the years, she has had plenty of opportunities to appear nude on film once, including 1968’s Summit, which provides a bathtub scene with a bit o’ bush and breasts for the ogling of Mr. Viewer.

8 Pics & 2 Clips
Nude, breasts, bush 00:32:00 Flashes of light illuminate Mireille's furry frontal goodness as she lies in bed . . . but it is a little Darc.
Nude, breasts, butt 01:34:00 After being attacted, Ms. Darc slowly lifts herself off the bed, showing a little seatage and side right sweet roll.

1 Pic & 3 Clips
Nude, breasts 00:22:00 Catch a little soft-focus rackage when she smokes in the sack with her beau-hunk.
Nude, breasts 00:56:00 T as she undresses, then a little A follows as Ms. Darc turns around and walks out the door.
Nude, breasts 01:15:00 She argues with her man in bed before heading to the shower, flashing cute, petite funbaggage all the way.

4 Pics & 1 Clip
Nude, breasts, butt, bush 01:37:00 Breast, buns and the uppermost layer of bush as she sashays into a bedroom brandishin a blade.

3 Pics & 1 Clip
Nude, breasts, bush 00:41:00 Cursed bright sun! Damned window reflection! Mireille's sunning her full frontal form on the deck, but because of the aforementioned issues, it's a little difficult to see.

The Tall Blond Man with One Black Shoe (1972) - as Christine

9 Pics & 2 Clips
Nude, butt 00:55:44 Mireille struts through the house in a backless dress that nicely shows off the top of her ass!
Nude, butt 01:02:54 As Mireille climbs into bed with some dude, we get a nice look at her amazing ass!

3 Pics & 2 Clips
Nude, breasts 00:53:00 Mireille bends our minds as she bends her legs back, beyond her bare boobs, beyond her head even, getting banged by some very grateful guy in the sack. Wow.

12 Pics & 3 Clips
Nude, breasts, butt 00:45:00 Blonde babe Mirielle sheds her threads and busts out some butt and left boobage bathing outside in the sun with an equally naked pal.
Nude, breasts 00:49:00 "Outdoors" and "naked Mireille" remain two great tastes that taste great together . . . she (blonde) bares a flash of buns and then left breast holding a fussy baby in the grass.
Nude, breasts 00:51:00 See her incredibly nice rackage when she jumps out of bed in the middle of the night, wearing only panties.

5 Pics & 3 Clips
Nude, butt 00:04:00 Mireille gives good black and white bunnage as she lies face-down on her apartment floor.
Nude, breasts, butt 00:52:00 She shows brief breasts and buns getting up nude to throw her pants out the window for no reason other then it was 1965 and this was how they showed crazy unabashed sexual liberation at that time. Hooray!
Nude, breasts 01:06:00 See more boobies when she kisses her man sans shirt.