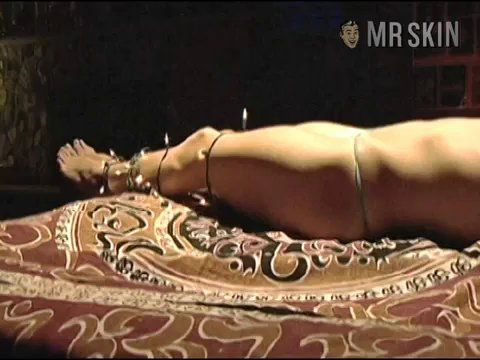 Mia Zifkin made her debut on Conan, the TV series, but not the talk show with the tall Irish guy with the red hair and absurdist sense of humor. No, this was about the mythical barbarian, musclebound and featuring swords and sexy semi-clad females, of which Mia was one in an episode called “The Ruby Fruit Forest” in 1997. Five years later she was back in her straight-to-video sophomore effort Jigsaw (2002), a horror flick about a group of art students who are working on their final projects, but who get to put little something of themselves in their work. Mia is bound to the floor in her underwear and it’s a masturbation piece.