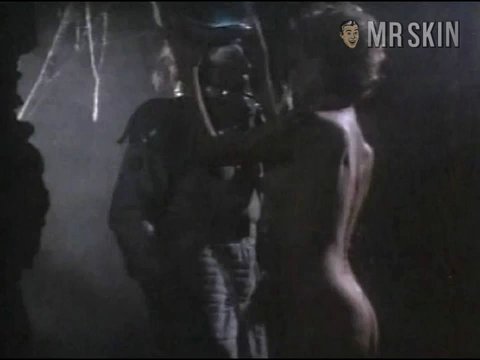 Marie Laurin started her career off in an episode of Three’s Company in 1980, and after a few more one-episode gigs on such shows as The Love Boat, Matt Houston, and Knight Rider, she was off to the movies. She made her debut on the Silver Screen in the classic Steve Martin comedy The Lonely Guy, which led to her being cast in one of the heavy supporting roles of Creature the following year. Thankfully, Marie found the time in that special little production to finally shed her threads, showing off her buff body to Mr. Camera. The shot was dark, though, so she did an encore performance on an episode of the hit cable series The Hitchhiker later that year. Not surprisingly, Marie’s career pretty much ended with the 1980s, and she has only been seen sporadically since.