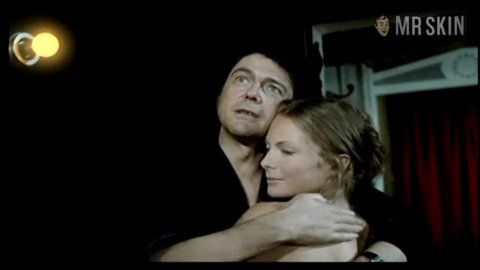 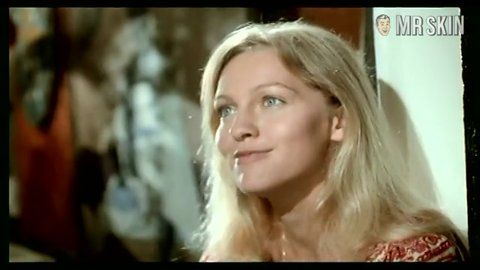 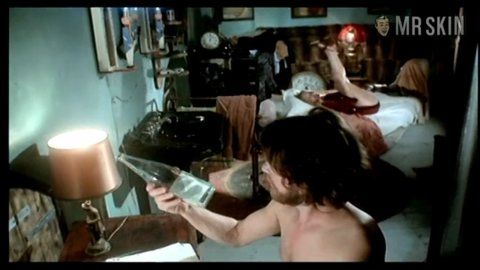 There's some filthy rhyme about the girls in France and their underpants, but thankfully Jenny Arasse hasn't heard it, nor has she seen the need to wear undergarments often. May the sun never set on that perverted country. Jenny first got her break on French TV and then made some movies with some very interestingly translated titles, such as Ms. Don Juan (1973), Bisexual (1975), and even the James Bond film Moonraker (1979), in which she had a bit part. She continues to work into the new millennium, but cutting to the chase (certainly not the chaste in this lusty lady's case), let's look at her nude debut in L'Ombre d'une chance (1974). All that needs to be said about this drama is that it features explicit sex. Again, God bless the French. Jenny was able to top real sex in the German comedy Sex on the Run (1977), her best exposure to date, where Tony Curtis plays Casanova. Jenny's full-frontal bedroom scene is enough to make even the legendary Casanova pant. It wasn't until Jenny appeared in the short Le Pays des ours (2003) that she shared her skin with audiences again. Just like French wine, age only makes her taste better.

The Amorous Mis-Adventures of Casanova (1977) - as Cecilia