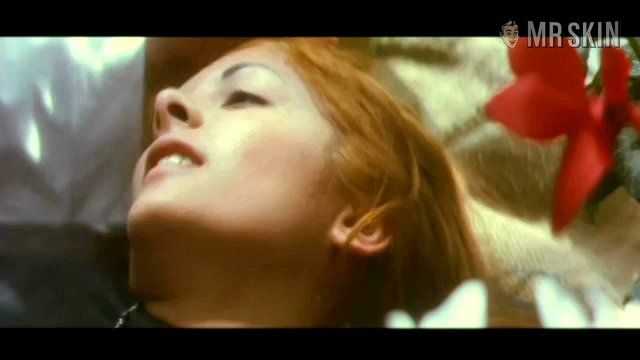 School of the Holy Beast (1974)
Nude, breasts 00:21:00 Marie gets into the habit when she receives a tongue-lashing from a nun, exposing her holy hoots in the process.

With a name that’s sure to be trumped in search engines by historical figures of more arguable importance, the actress Marie Antoinette has fallen into a bit of obscurity since the early 90s. Her only recorded film roles were Freedom to Love (1969), School of the Holy Beast (1974), and Cootie Garages (1990). One thing that has remained from her career, however, is the clip from her film in the 70s in which she bares a little bit of skin in a sex scene. Playing the role of Janetto, the brown haired Marie gets her boobs squeezed while getting her bush licked by a nun who by the end of the clip joins Marie in her nakedness. The two rub each other down for a while in what makes for a fantastic skinternational scene of sexiness. Maybe someday we’ll find more about this missing beauty.

6 Pics & 1 Clip
Nude, breasts 00:21:00 Marie gets into the habit when she receives a tongue-lashing from a nun, exposing her holy hoots in the process.
Live Cams - View all