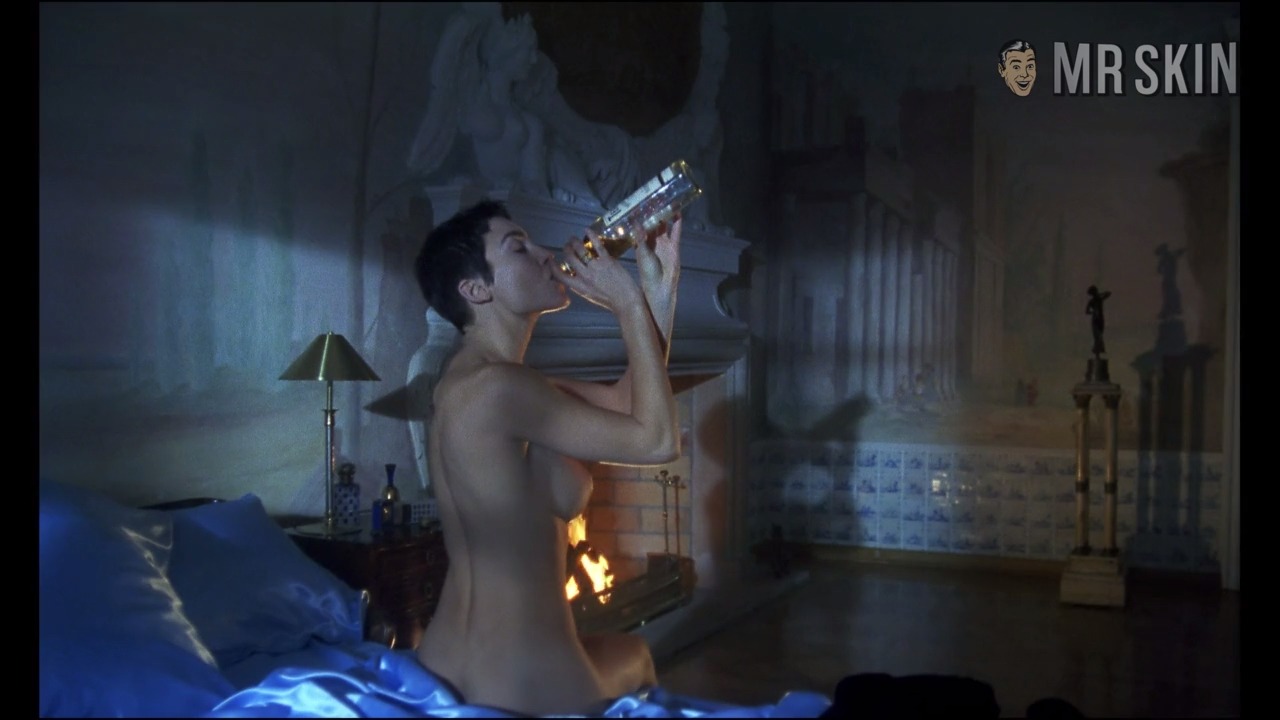 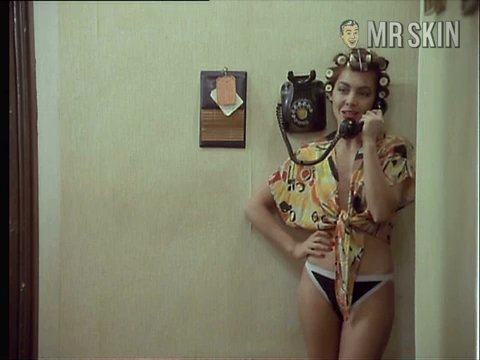 Black hair over a small bust, yes, we’re talking about Spanish cutie Mapi Galán, a veteran of both big and small screens. For skin lovers, however, the focus in not on the boob tube but her boobs, which have appeared twice in features. The first was in the thriller El Detective y la muerte (1994) and the second was in the comedy Paris Tombuctú (1999). Mapi is joined in skin by Concha Velasco, and you know it’s going to be a wild ride because the movie poster shows a female booty bent over and mooning from beneath her skirt. Nice ass-vertising.