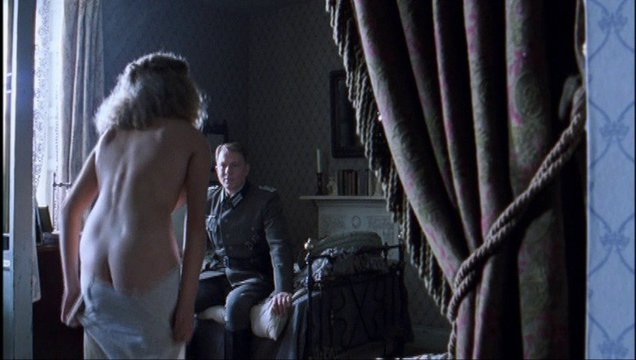 The lovely Louisa Clein is an actress best known for her work in Holby City, Judge John Deed, and Frost Giant (2010). Louisa was born in Dorset, England in 1979. Louisa made her onscreen debut as Charlie Deed in the TV series Judge John Deed in 2001. Louisa shows some skin in this series, but our favorite place to see her bare her bod is in the TV mini series Island at War (2004). Louisa strips down in this British war drama. Louisa stands completely naked in front of a soldier. We get a great look at her amazing ass when the camera is behind her. Then we get a shot from the front and get to admire Louisa’s luscious titties! We can’t get enough of this British babe!