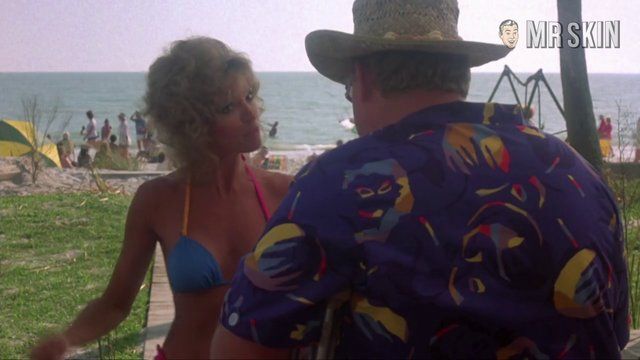 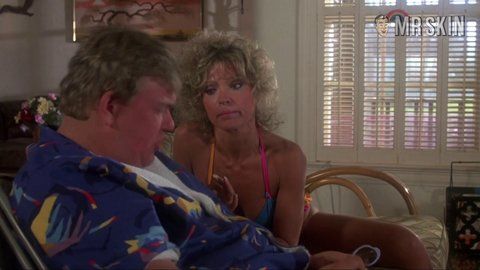 Lois Hamilton was no typical Hollywood bimbo. She was an exceptional bimbo who flew a 1936 German WWII Bi-plane when she wasn't sculpting, painting, or writing feminist doctrines like Move Over Tarzan. Not bad for an Italian Baroness who made her name as a popular Ford model in the late '70s. Despite an uncredited start in two Neil Simon films, Last of the Red Hot Lovers (1972) and The Sunshine Boys (1975), the lovely Lois also went on to a pretty good acting career. She stood out amongst the star-studded cast in The Cannonball Run (1981) as Roger Moore's pseudo-Bond girl. Plenty of goofballs went goofy for Lois's bod in Stripes (1981), and Lois was also a major temptation as Miss Winter in the TV movie Invitation to Hell (1984). But Lois will be best remembered for the comedy Summer Rental (1985)--in fact, she makes the whole film memorable as an insecure blonde who keeps dropping her top to get feedback on her boob job. Sadly, we can only remember Lois now, since the big-brained blonde had big personal troubles and committed suicide in 1999 at the age of fifty-seven.