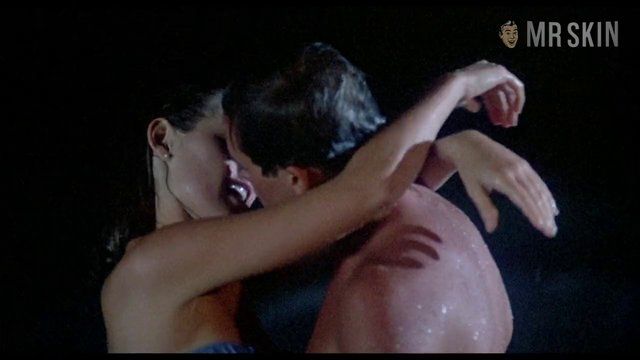 There have been plenty of stalls in the career of Lisa Stahl, but this former Miami Dolphins cheerleader has kept us rooting for her blonde ambition. She started out with a thankless role in the Chuck Norris epic Invasion U.S.A. (1985) before making a memorably sexy--but clothed--turn in the direct-to-video Shallow Grave (1987). She even made it back to the multiplexes alongside Denzel Washington in the flop comedy Heart Condition (1990). Lisa then disappeared until a vital 1993 episode of Baywatch. Her character of Destiny Desimone would later become a regular on the short-lived Baywatch Nights spin-off, coinciding with her stint as a model on the syndicated game show The Price Is Right between 1994 and 1995. Lisa’s hot streak continued with a fleeting appearance alongside Tom Cruise in Jerry Maguire (1996). She’s been billed as “Lisa Stahl-Sullivan” in her few appearances since then--mostly in impressive guest roles on television. However, Lisa also provided yet another torturing tease with a clothed turn in Torture TV (2002).

The Price is Right - as Model