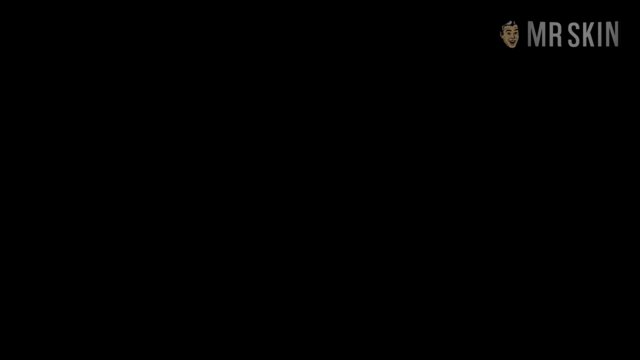 Stille (2013)
Nude, breasts Plenty of bouncy bared boobage as Leslie Malton gets it on with her son in the bedroom.

Born in Washington DC, Leslie Malton grew up in Berlin, Washington, Vienna and New York. Thanks to this multicultural education, the blonde actress is able to speak several languages fluently, among them German and English. Nevertheless, her career has mostly taken place in Germany where she debuted in the 1980 flick Das Traumhaus. Leslie received her big break in 1992 thanks to the highly acclaimed mini TV series Der grosse Bellheim, opposite Mario Adorf, Renan Demirkan and Heinz Hoenig. Among her international credits are roles in Andrzej Zulawski’s classic Possession, the Italian made-for-TV production Il piccolo popolo and more recently MythQuest, a Canadian TV series. Furthermore she appeared opposite her husband, German actor Felix von Manteuffel in Die Elefantenbraut, Nach uns die Sintflut, Herzlos and Hand in Hand. Of course Leslie has been very forthcoming with on-screen nudity over her long career. For some of the American’s best skin-scenes to date check out the aforementioned made for German TV thriller Herzlos. There Leslie can be seen having some nice though dimly lit sex with her 6’6’’ co-star Tim Bergmann. Later in the movie the blonde also has a scene where she goes totally starkers while literally crawling out of a bathtub. On both of those occasions Leslie’s great-looking B-cups are on full display but the peanut gallery at Skin Central Germany prefers the latter since it also contains a fleeting hint of beaver. Not bad for an all-natural forty-something lady!!!

3 Pics & 1 Clip
Nude, breasts Plenty of bouncy bared boobage as Leslie Malton gets it on with her son in the bedroom.

Schicht in Weiß - as NA