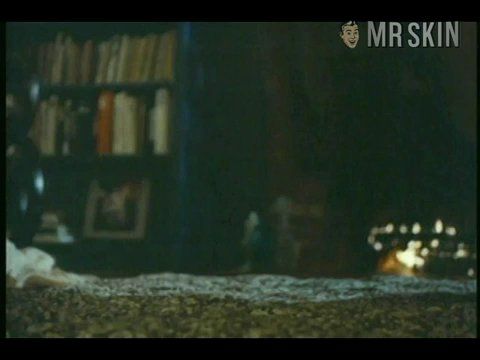 Sizzle Beach, U.S.A. (1981)
Nude, breasts 00:46:00 Leslie lets her unbelievably enormous right hooter out while she screws Kevin Costner in front of the fireplace.

Long before he was a stoic mega-star, Kevin Costner appeared in his fair share of B-grade cable flicks, and Sizzle Beach U.S.A. (1986) is one he’d probably have expunged from his resumé. But while this flick doesn’t match the artistry and depth of Dances with Wolves (1990), Field of Dreams (1989), or (ummmm . . .) Waterworld (1995), it does have one thing that most Costner flicks don’t have: big, bare, bouncing boobies! It’s here that buxom brunette Leslie Brander got her start . . . and her finish. Playing mega-mammed Dit McCoy, Brander dropped her top for a steamy roll in the hay with a lucky KC. Despite her topless proximity to a guy who would soon ascend to superstardom, Leslie was unable to find another gig and probably makes a great living nowadays as a Hooters gal.

2 Pics & 1 Clip
Nude, breasts 00:46:00 Leslie lets her unbelievably enormous right hooter out while she screws Kevin Costner in front of the fireplace.
Live Cams - View all