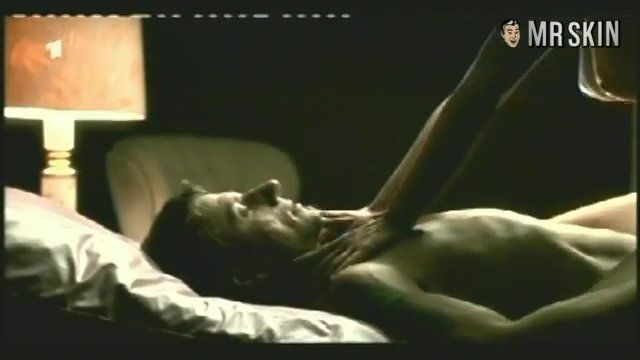 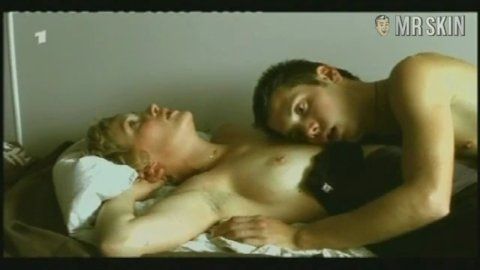 Stunde des Wolfs (2000) Nude, breasts 00:48:00 Lea flops back on the bed after being boinked by Marek Harloff, baring a little bazoom in the process. 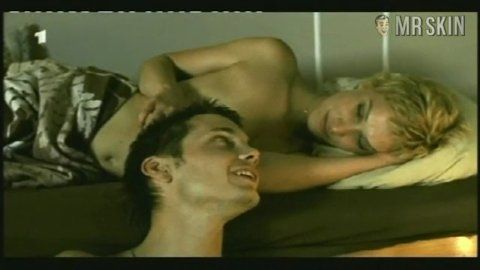 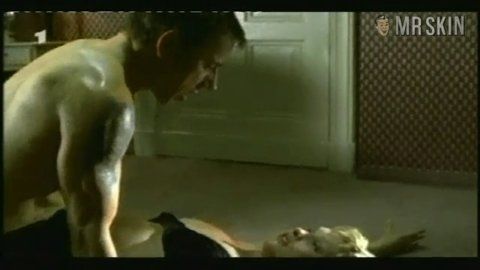 After completing an apprenticeship in the tourism branch Lea Mornar worked as a TV host in her beautiful hometown, Split, Croatia. Due to the political situation in Croatia, she first moved to Rome (1991) and then to Germany (1995) where she starred in two music videos and one commercial. In 1997 Lea was cast as one of the two female leads in Detlev Buck’s Liebe Deine Nächste although she hardly spoke any German at that time. The multi-linguistic Croatian (English, Italian and of course Croatian) didn’t disappoint and quickly learned this (according to foreigners) difficult language. We at Skin Central Germany wonder how it can be so difficult since even our pets seem to understand it. Lea’s charming and natural appearance helped her in getting further roles in the short Zoe oder Wer und Warum, Die Stunde des Wolfs, an ambitious drama opposite Richy Müller (XXX) and the made for TV thriller Im Club der Millionäre. The fact that Lea’s not shy about nudity became quite clear right away since her movie debut contained some brief toplessness. The Croatian’s best nudity to date can be found in Die Stunde des Wolfs. There she is buck-naked in several Skintillating sex-scenes with Müller and his film-son Marek Harloff who both obviously had some great fun fingering her perfectly rounded and hot-nippled B-cups (at least we at Skin Central Germany would have). Despite the fact that Lea stops inches from scoring a full-frontal credit it’s well worth checking out because you will have a hard time finding a cuter actress with an equally flawless body. Make sure not to miss her… and that’s an order… go spank yourself!!

8 Pics & 5 Clips
Nude, breasts, butt 00:38:00 She's screwing the living heck out of lucky Richy, and goodness gracious, check out those teats n' tush!
Nude, breasts 00:48:00 Lea flops back on the bed after being boinked by Marek Harloff, baring a little bazoom in the process.
Nude, breasts 01:12:00 More tittery. More screwery. Delightful.
Nude, breasts 00:52:00 Have a gander at her partial right breast (nipple included! no assembly required!) having sex with Müller again.
Nude, breasts 01:14:00 Apparently, all Lea ever does is get banged and show boob. And that's OK.