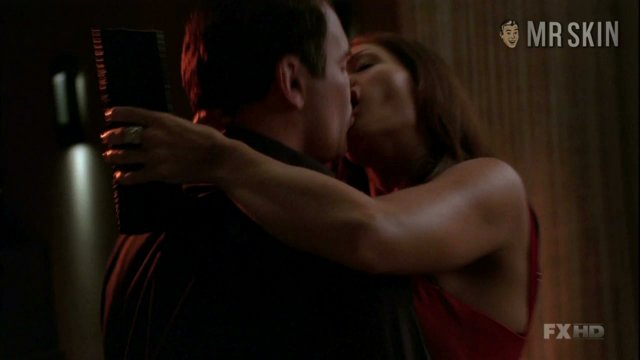 Nip/Tuck (2003-2010)
Sexy, underwear Kelly looks great in a bra and panties while in bed with Dr. Troy. She then freaks out after a scar on his breast starts to look deformed.

Royally racktastic and rumpalicious Kelly King first appear alongside former teen idols Mark-Paul Gosselaar, Tara Reid, and Leslie Bibb in the 2005 made-for-TV comedy Hitched, where she played a fully clothed but sexy model bride. Since then Kelly has been in the short films Godless. (2005) and A Fat Girl's Guide to Yoga (2007) and on TV shows like Two and a Half Men and Las Vegas. In 2009 Kelly got the recurring role of Victoria in the edgy FX drama Nip/Tuck, where she gets into bed with notorious womanizer Dr. Christian Troy (Julian McMahon) wearing only her bra and panties. You’ll be stiff as a scarecrow for this Ms. King!