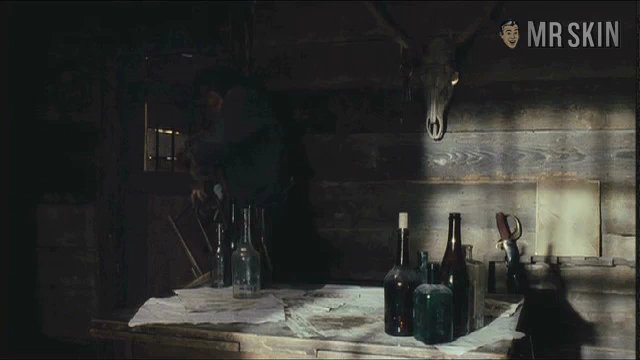 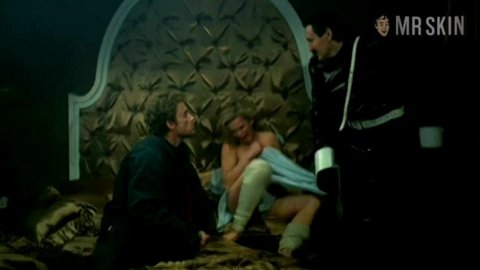 Ga, Ga - Chwala bohaterom (1986) Nude, breasts 00:51:00 Kat sits on a bed, before a begloved baddy yanks down her shirt and exposes her jiggling jugs. Lookit those flapjacks fly! 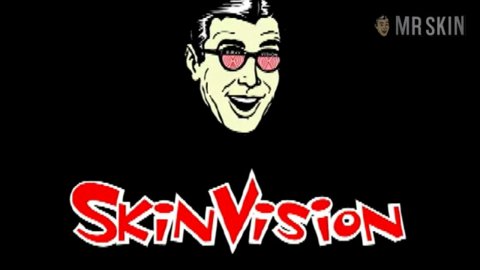 Ready to Wear (1994) Nude, butt 01:13:00 Brief bunnage as Katy pulls up her dress while Sally Kellerman misses the show. 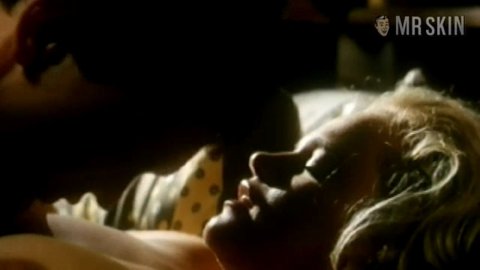 Wow. Wow. Wow wow. Ooo wee, even! This beautiful busty babe hails from Poland, where she got her big break back in 1976 with a role in Zaginal pies. By her breakthrough performance in 1987’s Pociag do Hollywood, though, Katarzyna had not only grown as an actress but also sprouted some pretty impressive fun-bags. (The phrase “Two Pigs Wrestling Under a Blanket” comes to mind…) Of course, she busted out of the doldrums of character acting and out of those itchy clothes in the role, finally flashing full-frontal flesh in the flick. Since then, she’s been more than forthcoming with her on-screen nudity, although you have to seek out some pretty obscure Polish titles to see the best of her breasts, including Kingsajz, Wrzeciono, Autoportret z kochanka and Ajlawju, all of which feature Katerzyna’s twin towers in all their Mother-of-Earth hugeness and glory. She’s managed to pop up in such English-language productions as The Player, Red Shoe Diaries and Voices in the Garden but the only place you’ll find her flashing Mr. Camera is in the extra-Skinful Ready to Wear in which she places her posterior on display as Sally Kellerman’s ass-istant. Just suck it up, pop in a Polish classic, turn on the subtitles if you’re even remotely interested in the plot and enjoy!

7 Pics & 4 Clips
Nude, breasts, butt, bush 00:36:00 Check out the robustly Rubenesque Katarzyna, who offers up all three of her meaty B's while having some arty sex with a guy against a blank black background.
Nude, breasts 01:12:00 Live Girl's Boobies! Kat's cups spilleth over when her mammoth mams peek over the cups of her bustier.
Nude, breasts, butt, bush 01:14:00 Kat gets on her hands and knees, and we get a few excellent glimpses of busty boobage, meaty seat, and lush bush.
Nude, butt 01:24:00 Bloody and shorn-headed, Katarzyna still manages to look sexy, bare butt out, as she and her man dodge bullets. Nice Figura!

1 Pic & 2 Clips
Nude, breasts 00:35:00 An up close &amp; personal peek at Katy's round-nippled knockers as she's serviced by her man.
Nude, breasts 00:56:00 Brief right nip from afar as Katy diddles herself during a sexy phone call.

2 Pics & 1 Clip
Nude, breasts 00:51:00 Kat sits on a bed, before a begloved baddy yanks down her shirt and exposes her jiggling jugs. Lookit those flapjacks fly!
Live Cams - View all