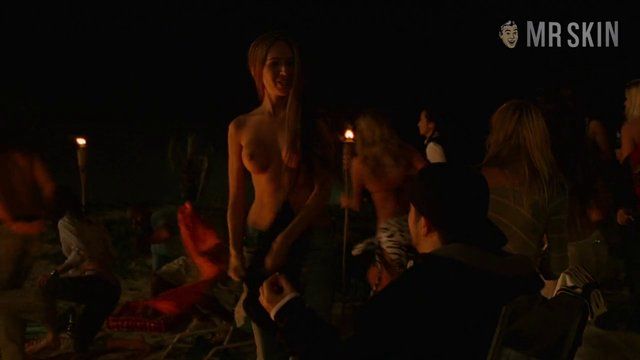 Italian-American eyeful Jeanine Giovanni got her start in the 2000 comedy short Artemin Goldberg: Custom Tailor of Brassieres (2000). She followed up with roles in the action flick Four Deadly Reasons (2002) and the mafia movie This Thing of Ours (2003). In 2005 Jeanine doffed her bikini top to display a set of perfect, surgically augmented boobs in the HBO hit comedy series Entourage. The next year Jeanine voiced the sexy animated Indian princess Pokeahotass in a “Saturday TV Funhouse” segment of Saturday Night Live. Mr Skin is hoping she’ll soon do a more literal interpretation of the character, but in live action!