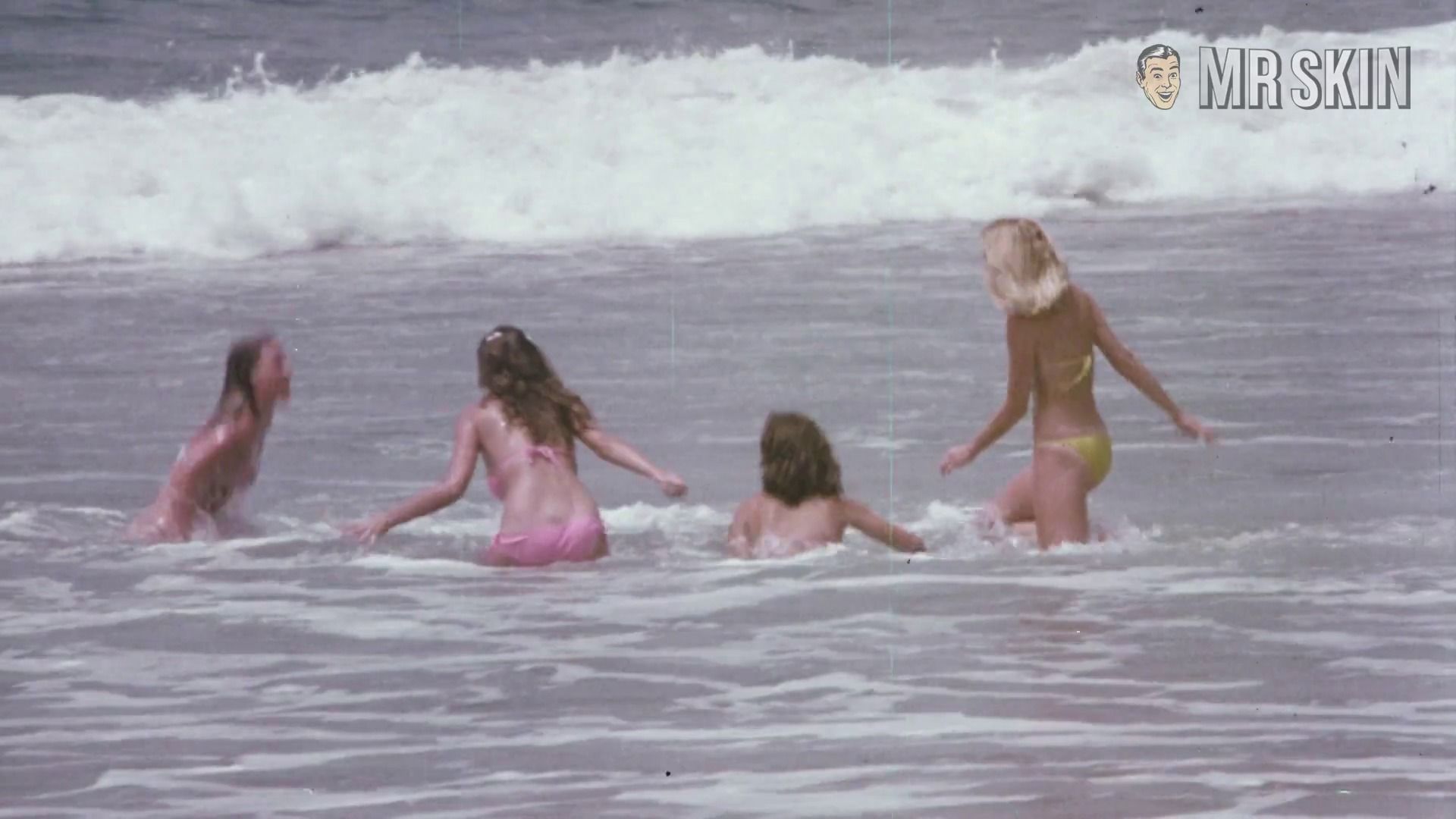 Hollywood High (1976)
Nude, bikini, breasts, butt 00:04:54 The ladies hit the beach with Sherry in the floral bikini, Marcy in yellow, Susanne in white, and Rae in pink baring her boobs and buns!

Hollywood High (1976) is a comedy about four high school girls trying to have a good time between going to the beach and meeting boys. They search for a private place to hook up with guys and meet an old Hollywood star who offers his 10-bedroom mansion to them. The four babes are played by Susanne Severeid, Rae Sperling, Sherry Hardin, and Marcy Albrecht who all looking amazing in bikinis as run into the ocean and frolic on the sand. It's a dreamy scene full of dreamy teens. We also see Marcy, Sherry and Susanne topless in separate scenes that have them taking off their tops. Rae Sperling meanwhile gets fully undressed when she gets on top of a man. You'll get high off this Hollywood hottie's boobs and bush!