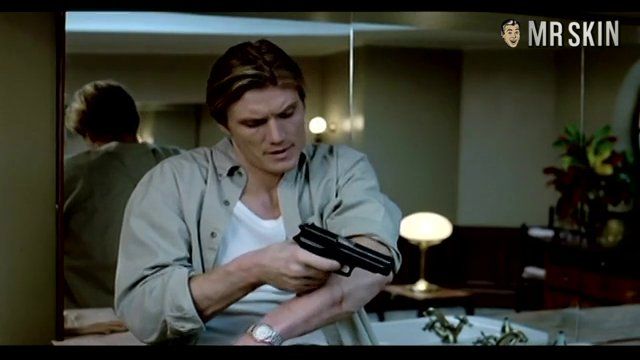 After the Ambassador of Cuba is killed in New York, the CIA sends their best agent (Dolph Lundgren) to Prague so that he can make certain the planned U.S.-Cuba summit about to be held there is secure. He discovers the identity of the terrorist behind the original murder and that the plot to do more damage during the summit runs much deeper than just an angry militant group. The name sake of Hidden Assassin (1995) is Simone, a lesbian terrorist played by Maruschka Detmers. She is ready and willing to use all of the weapons at her disposal to get the job done including her incredible chest cannons. She strips down in front of Dolph and climbs into the tub giving him, and us, a spectacular view of those heaving flesh mountains. As she scrubs her jugs you will be giving your weapon several firm tugs!