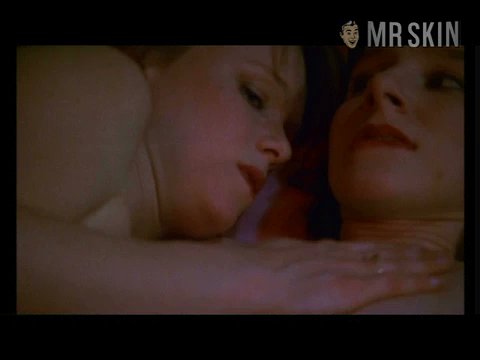 Working Girls (1986)
Nude, breasts 01:08:00 Helen (at right) shows off her finer points while discussing the finer points of prostitution with Louise Smith.

Helen never really made it as an actress. In fact, she only appeared in one feature film, 1986’s ~Working Girls~, which features a bevy of one-time-wonder wannabe starlets who were cast more for their “ordinary” looks than for anything else. Of course, the movie is about a group of prostitutes who work in an upscale brothel in New York, and how they live their lives from day to day, so the director wanted to make it as realistic as possible, casting the likes of Helen, Janne Peters, Marusia Zach, and Louise Smith instead of well-known actresses whose recognition would steal from the point of the movie. That being said, they all get naked at some point or another, since the film deals in a very frank way with “sex for sale.” Thus, for a down and dirty look at the lives of prostitutes, give it a look-see.

6 Pics & 1 Clip
Nude, breasts 01:08:00 Helen (at right) shows off her finer points while discussing the finer points of prostitution with Louise Smith.
Live Cams - View all