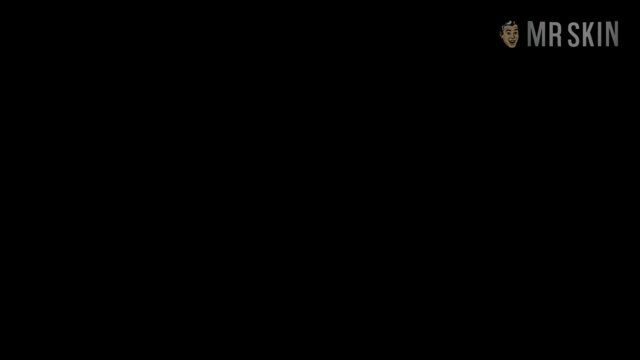 Gwénola de Luze was born in Paris, France, but moved in her early childhood to the south of France, and then again in her teenage years to Istanbul, Turkey. She got her professional actor’s training at Le Cours Florent in Paris while simultaneously studying art at both Ecole du Louvre and La Sorbonne. Since then she’s been constantly involved in many sectors of the art world, having worked on the opening of Musée d’Orsay for two years, followed by more acting studies in New York. She’s been active on the screen since the early 90s, appearing in shorts, feature films, TV series, and TV movies throughout her career. But recently some of her best on screen nudity came to us in her most recent work, a short called La noyée (2011). In a shower scene, through the misty foreground, we get a great shot of Gwénola’s gazongas.