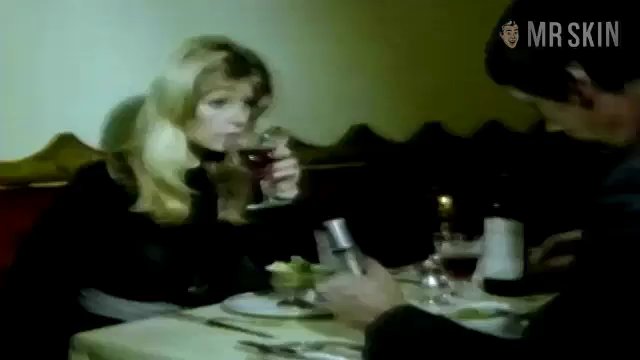 British bird Gloria Brittain has a wild mane of hair, a cheerfully lewd personality, and a slight lisp that all come together in a sexually arousing package. The nude model ended up in the softcore film factory of the late ‘70s and early ‘80s. She debuted in The Playbirds (1978) and is seen full-frontally nude, though she is being burned to death on a stake. Gloria often worked under the name Busty Bibi Forbes but is no relation to the famous industrialist, although she’s more than made a return on men’s horny investment in her. She was hailed as the “new Linda Lovelace” for her work in Playbirds, but that praise didn’t get her very far, as she only got a lead role in the short film The Perils of Mandy. It was the story of a nude model, so it wasn’t too much of a stretch, though viewers likely were stretching something in their pants while watching. She then appeared in The Wildcats of St. Trinian’s (1980) and finally in Mary Millington’s World Striptease Extravaganza (1981). At least she went out with a bang.