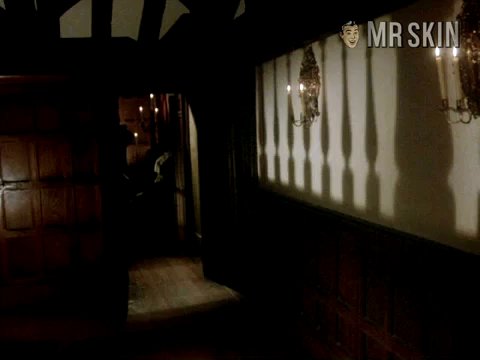 Hammer House of Horror (1980)
Nude, breasts, butt Faraway buns as Prunella gets undressed, and then a glimpse of glandulars as she looks in the mirror.

Don’t judge a book by its cover, or in the case of British babe Prunella Gee by the title on that cover. Prunella’s name elicits visions of clammy old ladies, but one look at the blonde Tea & A and one’s old man will be standing erect. Check out her nude debut in the American thriller The Wilby Conspiracy (1975), where she’s seen in a bubble bath with her bubbles peeking out between the suds. In the ‘80s she didn’t get naked but still looked sexy in her underwear in an episode of the horror series Hammer House of Horror. Now that Prunella is in fact an old lady she doesn’t relegate her old ladies to mothballs. No, she flashed them most recently in the aptly entitled A Dirty Little Business (1998). Skin Central is ready to see her dirty little business again anytime.

7 Pics & 1 Clip
Nude, breasts, butt Faraway buns as Prunella gets undressed, and then a glimpse of glandulars as she looks in the mirror.