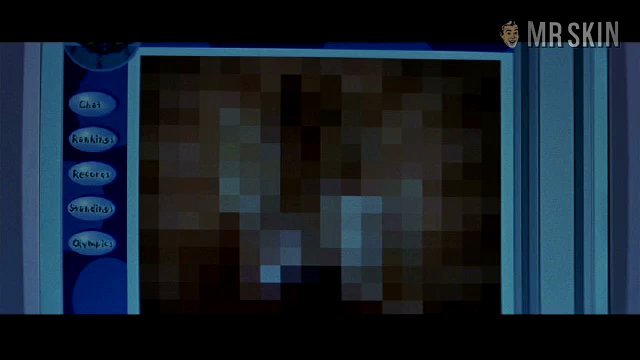 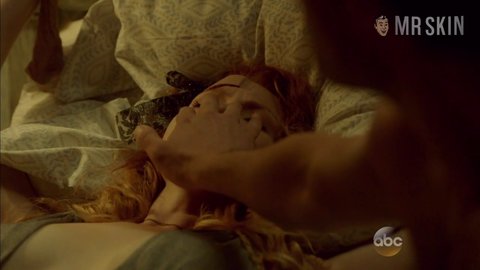 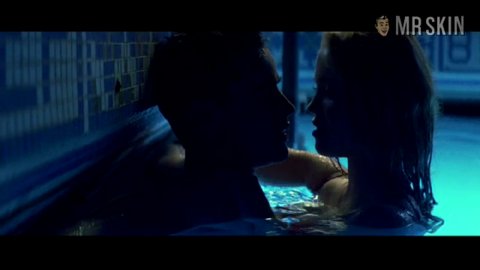 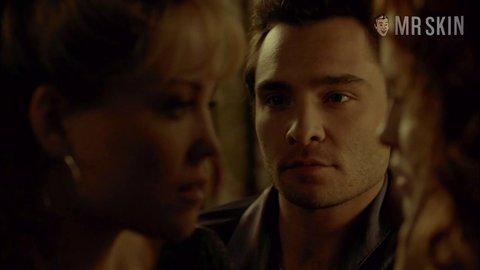 Erika Christensen boasts the fresh-faced look that’s always loved in a rising starlet. Her dimple-doted, tiny-framed, porcelain-doll purity made her perfect for the Leave it to Beaver series re-make and for ingénue parts on The Practice, Frasier, and Touched by an Angel. Mr. Skin prefers Sister Christensen when she’s at her most devilish. As the obsessed psychotic sweetheart in Swimfan (2002) (the Fatal Attraction (1987) of the teen scene), Erika excels at being both seductive and schizoid, hiding behind an innocently fetching façade. After a one time dip with the high-school swimming champ, Erika makes waves by nearly running over his girlfriend and flooding his in-box with eighty e-mails of her naked body. The combination of girly allure and wanton wickedness make for a huge splash on your bedside beach towel. You’ll get hooked on the contrast between Erika’s angelic appearance and heroin-happy, humping ways in Traffic (2000). As the drug-addicted daughter of the U.S. Narcotics Czar, Erika ekes out her kicks and fix doing the old in-and-out with her giant African American drug dealer. Like a tasty black and white cookie, it’s quite a rush! Now she's making another big appearance on the boob tube as one of the stars of Wicked City, a drama about an L.A. couple wreaking havoc in the city of dreams. Here’s hoping this fallen angel makes this bad-girl thing into a habit.

Thanks - as Abigail Winthrop