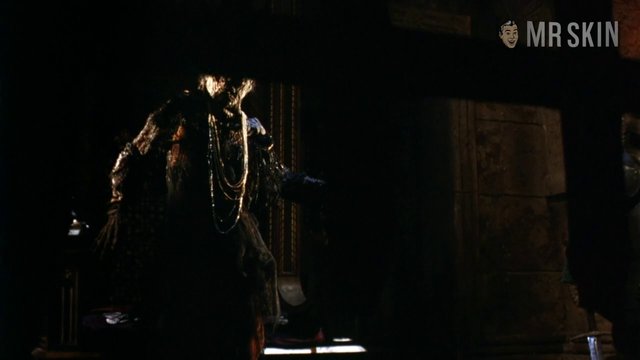 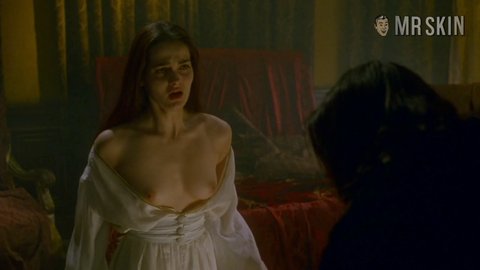 Vampire Journals (1997) Nude, breasts 00:48:44 Elvira Deatcu pulls her dress down to show her boobs before a vampire starts sucking on her neck! 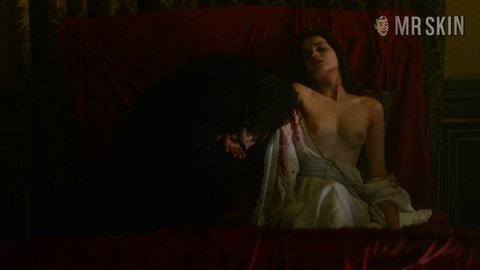 
It may be a little bit spooky to hear about a Romanian woman named Elvira, but have no fear, because total babe Elvira Deatcu is totally harmless—unless, of course, you can be harmed by sexiness. She got her start in a Romanian TV movie called Escu (1990), but after that came to the United States and started making a name for herself in trashy, low budget horror films like Vampire Journals (1997) and Retro Puppet Master (1999). She would go on to appear in some more generally respected fare, appearing in a small role in Tarsem’s gorgeous, prestige-y magnum opus The Fall (2006), but out favorite performance of hers came early in her filmography—and you’re certain to do the same once you get a good look at her. She plays a victim in Bloodlust: Subspecies III (1994), and boy does she ever get victimized (by a creepy monster dude no less!) but just before that, she gets her long dress ripped open up top, revealing her big, luscious mounds for all to see.