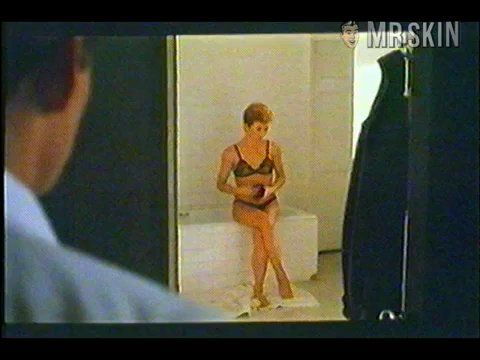 Dark Obsession (1989)
Nude, breasts, bush 00:45:00 Breasts and brief bush as Amanda removes her bra and panties to get into a tub. Great bubbles.

Gabriel Byrne is a pretty lucky guy in Dark Obsession (1989), with a fabulous inheritance and trophy wife Amanda Donohoe. Too bad that he’s wracked by jealousy and prone to angry moments like running down a chambermaid who looks like his wife. He’s out with his pals during that merry mishap, too, so blackmail and suspicion ensue. Amanda’s frequent nude scenes aren’t much comfort to him, either, although you’ll certainly appreciate what Byrne’s balling. You’ll also be grateful for Sadie Frost baring her bod as Byrne’s conniving sister.