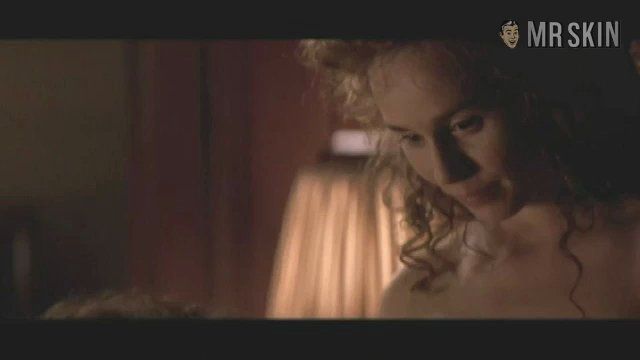 After the Nazis invaded Czechoslovakia in 1939, the local Czech pilots bounced off to England to join the war effort. Then the Commies put them in labor camps for aligning with a capitalist crew. The historical epic Dark Blue World (2001) switches between those settings, as imprisoned airman Ondrej Vetchy reminisces about what he did during the war--specifically, getting involved in a hot love triangle with Englishwoman Tara Fitzgerald, who was also coupling with his pal Krystof Hádek. Tara also has a husband who’s missing in action, so you might be able to guess where all this drama is heading. Still, it’s a bright blue world when Tara strips to show some English territory that’s really worth defending. Linda Rybová also strips down to represent the happy homeland.