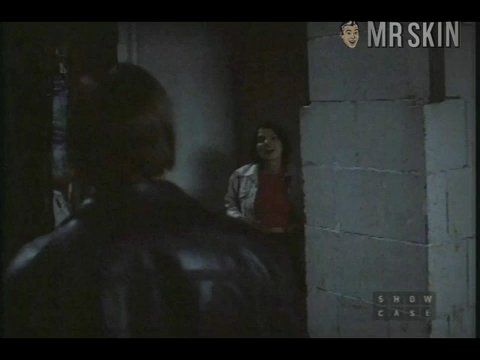 Crimetime (1996)
Nude, breasts 00:13:00 Sadie flashes her rack fairly briefly for Daniel Baldwin. It's quick, but that's a set worth pausing on!

Crimetime (1996) is another twisted take on reality TV. Stephen Baldwin plays an actor dramatizing murders on an America’s Most Wanted-type show, when the murderer he’s playing tries to create gruesome scenarios that will make it to the broadcast. But Sadie Frost is the real killer here, as in killer body, which she shows off in two dark but revealing scenes. This English tart is Mr. Skin’s idea of America’s Moist Wanted.