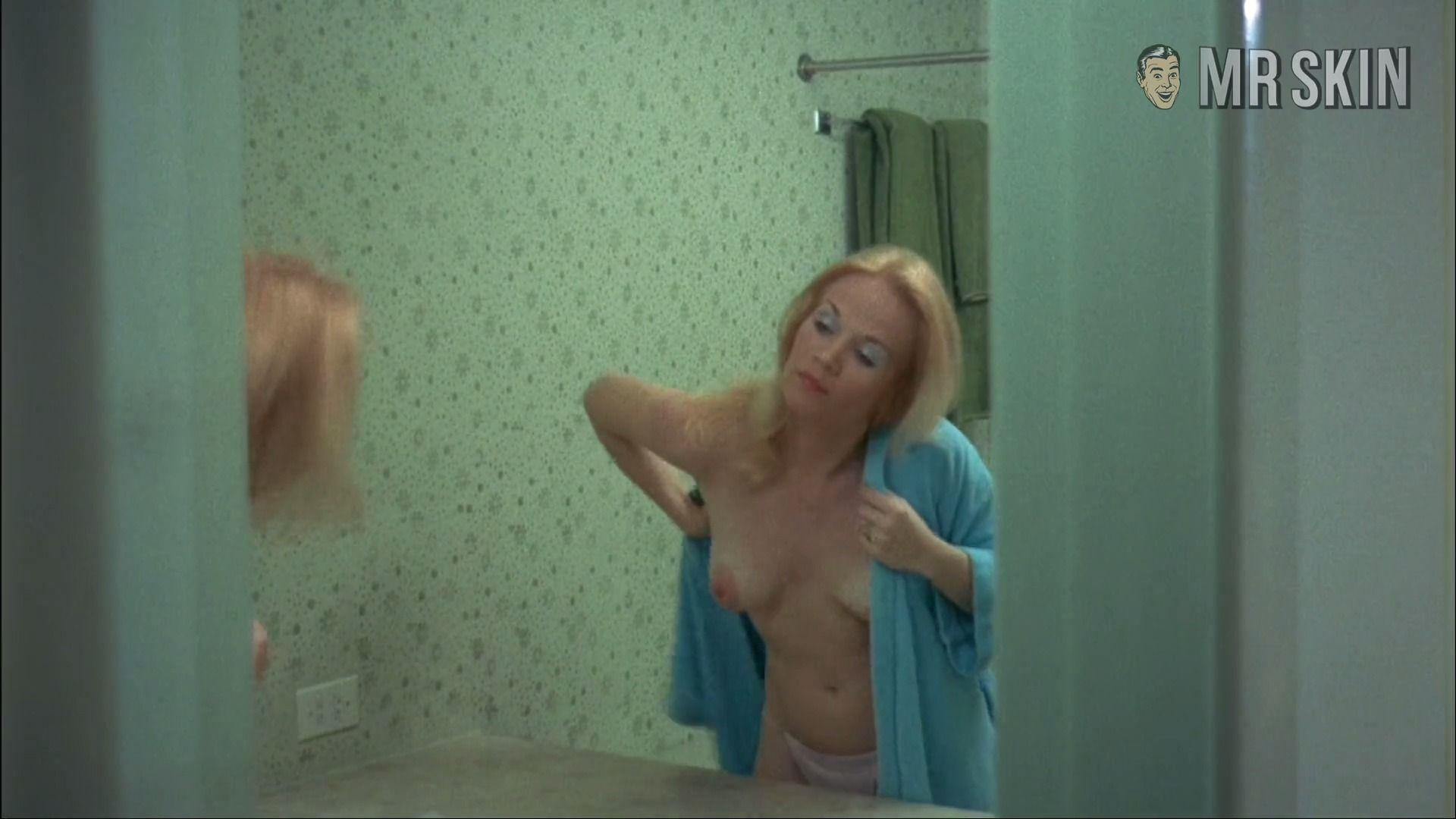 Cover Girl Models (1975)
Nude, breasts 00:32:16 Lindsay Bloom's blossoms can be enjoyed before she hides her body in a baby blue robe.

Cover Girl Models (1975) is a sexploitation flick about a fashion photographer who incidentally wraps the girls into a dangerous international crime because he has a roll of film that was secretly put into one of the girls' gowns. The girls in this film are as beautiful as ever! They all take it off like Tara Strohmeier who takes off her top and tries to get the photographer to get to bed with her. He's a stronger man that we are because he resists...just barely. Pat Anderson meanwhile doesn't do as she's told. He asks her to go topless and take naughty pics, but she resists. Kind of. She takes off her top and teases the photographer with it, still refusing to let him take her picture. She later covers her balloons with her hands in a jewelry shoot and still refuses to show more. Lindsay Bloom is no cocktease, however. She shows off her bikini body and rolls around in bed with a man to show off her boobs. In order to get away from men who are after her, she flashes her boobs in public to get arrested for indecent exposure. This cover girl is clever!