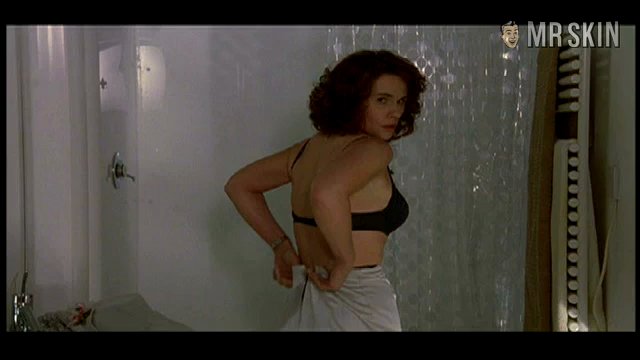 Fair pretty Charlotte Bradley made her debut on the TV series Fair City in the mid-‘90s. That was followed by some popular films including The Van (1996), Moll Flanders (1996), and Smilla’s Sense of Snow (1997), where she only appeared in the background. She’s currently making recurring appearances on two foreign boob-tube series, Proof, as Detective Dolores Quirke, and The Clinic, as Sonia Harper. But this English Tea & A has yet to show her fish or chips, though the brunette stunner got close in the comedy About Adam (2000), where she stripped down to her bra for some whoopee but never showed her whoopee cushions. Kate Hudson did, but they’re not nearly as big as Charlotte’s cuties. She’s yet to expose her hidden talents, but eventually all will be revealed.

On Home Ground - as Helen King